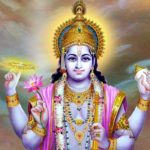 ABOUT THE MISSION OR VOCATION

THAT IS, HOW TOXIC THE WORLD IS AND WHAT TO DO ABOUT IT

WITH REFERENCE TO THE JC LADY PROJECT

THAT IS ANOTHER ATTEMPT TO EXPLAIN IT

Since I can remember – that is, since early childhood – life has always thrown me somewhere in the middle of a situation that needed to be solved, but nobody knew how to solve it. So I was in the middle of some conflict, some battle, some war between two or more parties. And the environments I landed in were my own family of origin, closer and further relatives, my work and my friendship and romantic relations. Actually, practically everywhere, it was the same arrangement repeated until I „got bored”. or until I understood my role and generally understood what the Lord in the Clouds above expects from me.

This was the case when I was stuck in my early childhood between my parents –  conflicted, helpless at times , lost in the grey communist toxic Poland. This was the case when I found myself in the Catholic youth movement „Light-Life” and I found myself there, no, not at all at the molesters, but often at sad frustrated priests who liked to talk. Yes, sometimes taking me for a car ride. In the evening. Nothing worked out, nothing happened… I have an awesome guardian angel, but maybe I often got a bunch of information on my head that I couldn’t yet process, embrace and remove from my mind and heart.

This was the case when I was working as a nanny for my friends’ families in Poland and abroad. I always landed somehow in the middle of a family or marriage – in conflict. It was usually in silence. Unspeakable, under-explained, barely guessed. Such a storm, which usually only makes a lot of noise from a distance, and we think – oh, maybe it won’t go that way.

So I fell there like „a plum in a compote” – we say in Poland. But it was deliberate. I was such a diplomat and catalyst. This way or that way. Deciding moment. The situation had to have its crisis, culmination and solution. They sometimes talked only through me. Not even intentionally. It was just like that… Of course, it was simpler. Everyone was talking to me. I listened to everyone. They were satisfying each other’s unmet needs with me. Without any ambiguities or overtones. I wasn’t likely to enter into a triple relationship. The idea was that everyone could talk, so that they could feel heard and needed. So that they could go out or somewhere and feel the joy they hadn’t felt for a long time.

So we went with mom and kids to children’s and women’s parties. So I went only with this dad and children to his family, which his mother did not like. And mother could have the whole house to herself for a week and father felt that he fulfilled his duty to the family, and everything was fine.

I don’t know how it happened. I was like „a fifth wheel at the wagon”, a bit of a chaperone, a mediator, but you can see that I was needed. Thanks to me, the whole family was making a big exhalation. Probably for the most difficult period. The same was also at work. There were some conflicts between some director and some senior manager. Some kind of shy and jealous feeling between the secretary of state and the ambassador. Somebody had to complain, talk, or even make amends thanks to me, not enter into an open conflict, leave the job honorably…

In families, I sometimes had to get close to a child who was neglected because someone took him or her for adoption even though he or she shouldn’t have done so, because he or she didn’t have the time or the heart to do so. Or I just had to take care of the children in order for them to „breathe” when the parents jumped in each other’s eyes and the axe was hanging in the air.

Sometimes these things were already dead. A lot of landings in old houses. Some aunts, grandmother sisters. Older people. Never expressed regrets to the other person, who was only floating like a ghost in some old squeaky closet. Unspeakable secrets.

It was a landing in an already dead world that looks into a dark tunnel. And I would fall in there with a breath of something, as if not a propos, strangly suprising, with the noise of my children’s laughter, or my men’s foolishness and jokes. Or I would „fall in” alone. We were sitting for hours on those steps of those porches, or at those old desks filled with paperwork and stories were pouring and pouring like from a bottomless pitcher.

How much can you listen to this? I don’t know. Not quite endlessly. Sometimes, even now I end up with an ear or leg disease. Just because I can’t listen anymore or go somewhere. 🙂 I get overwhelmed if I don’t manage to seal the boundaries and emotional immunity doesn’t last. forever. Yes, I am learning. But it is hard to learn. Even though I’m learning from birth.

It wasn’t until I was 45 that I realized that I’m doing it all the time. This is the essential essence of my life. Eh talents!, I have a lot of talents.But! I am neither strictly a teacher, nor strictly an artist, nor just a writer or intellectual and researcher. Though I certainly am. I am, above all,  here –  from repairing these relationships. In these people.

But I do not fix them myself.

I’m just stuck there and something is going on, something that hasn’t wanted to happen so far.

I am just like that. I stay there for some time, because never too long. I think I would die. And so I always have to watch myself. Now. When I know.

So after the age of 45, a highlander’s „PAN Bucek” – God we love in Poland so much  🙂 –  came to me and said – well, maybe you’ll start making money from it, only not necessarily in Poland, not necessarily directly from it.

-Can’t it be harder? (i asked ironically)

-You can do it. You always did.

So I’m writing books, and I want to create a self-help and creative-therapy platform, because I can’t earn money landing in the middle of conflicts.

Yes, maybe others can. I can’t. That’s not how it works. For me.

Why? I don’t know. Ask the Chief upstairs (in clouds)

I’ll just add that I’ve noticed that I’m not the only one who plays this role. There are more and more such people.

Because it’s time to get a grip, people. To understand what s going on and manage it.

Only not every such helpful „angel” can stand it. Some people let others use themselves too much. Just as I allowed it. This is a necessary stage. But then you have to say NO.

Get pissed off. Just… get real. understand. the vail falls from our eyes.

However to stop seeing the powerlessness of the world and the toxicity and pain – you can’t. It is impossible to UN-see what you have just seen or that you have seen since birth.

There are many therapists. Those who do it directly, that is their profession.

But a therapist – he helps as if directly .. as I said

How to explain it to you? The therapist listens because he has to listen. A mediator comes for half a moment and helps.

And a manifestor, a catalyst or a provocateur, as I call it, is so „quietly dark”. You don’t know why he appeared because he didn’t show up. 🙂 or show off

So you open up more. There is no manipulation. Those people who manifest the truth or help because they do – they are often unaware of what they are doing and why.

I would like them to start being more aware.

There are many such people. Often people who have been traumatized start helping others. They just talk about themselves, write a book, or just appear in some places where they are supposed to appear. And this changes something for someone.

This is how it works. 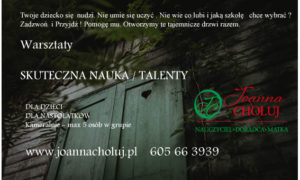