Joanna20 lutego 2014edukacja alternatywna / domowa, język polski i języki obceComments are off for this post

It is Thursday, Spanish Day

I will tell u why it is important. 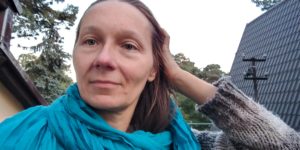 I wanted my child to get notions (not really speak) , but get notions and get his speaking aparate in his mouth and his hearing to get used to foreign sounds.
So here is the game:

u can use any languages familiar to u , or those u want to learn urself

the thing is to:

STICK TO THE SCHEDULE
sometimes the child may not cooperate, has worse day and u too
drop it for some time, then come back again
i ve been doing is for over 5 years.. it works.. he doesnt actually speak fluently but he recognizes the languages and knows words
if u want the child to speak the language , focus on one only
and put him to foreign language school or get him the foreign nanny
or speak the language at home ALL THE TIME
i didnt want it